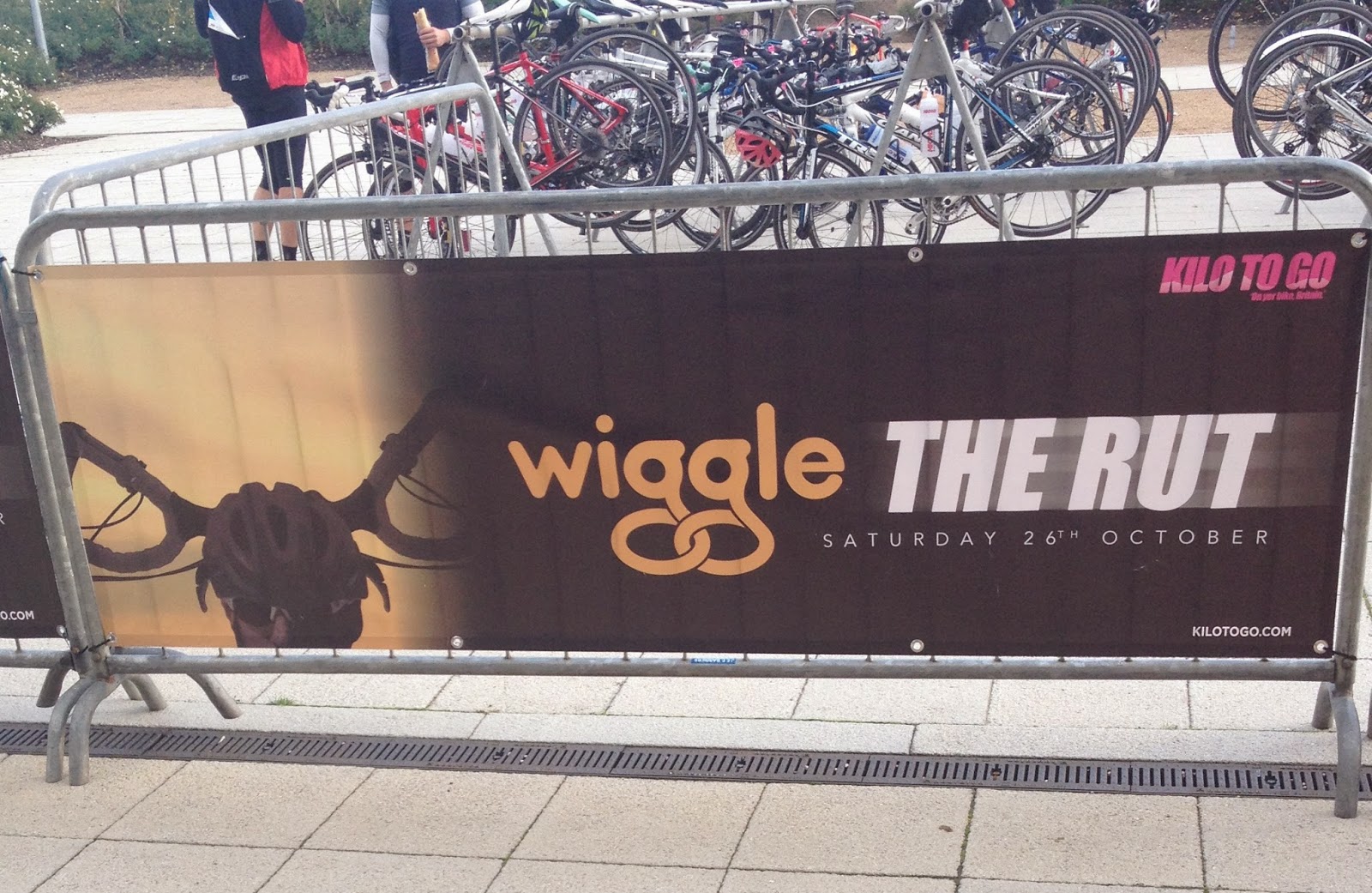 I've never been to Rutland which is one of the reasons I picked this ride. Rebecca and I stayed in Oakham on the Friday night in the Old Wisteria Hotel. This was a good choice and Oakham it turns out is a good venue for an event centre. We had a good look around on the Friday night, found a quirky Italian restaurant for some pasta dinner, and then Rebecca had plenty of things to do (= shops to look in) on the Saturday while I was out riding.
One of my work colleagues is from Rutland and told me it was pretty flat. Well it isn't. There are no big hills, true, but it is very undulating rolling countryside. This ride had barely a flat section on it, the 102 miles had over 7500 ft of climbing in it! It was a very good route though, quite varied and beautiful scenery throughout.


The weather was windy but dry and quite mild for the time of year. I wore my waterproof jacket but it was too much, and I decided half-way round that I won't be wearing it ever again for biking, it gets pretty sticky and starts to feel like a bin-liner. I'll get one specific for cycling for the future.


After the split point the number of riders you see drops heavily. I think many more people than before are now doing the shorter options on these sportives. I have mixed feelings about this. Anyway, as usual on these 100 mile routes I started struggling a bit around 70 miles. I hadn't stopped at the first feed station but I stopped at the second for a refuel. They were good and well-stocked with gels and drinks and so on. If I hadn't have stopped it would have been tougher, but of course it ruined my overall time.


In the end my moving time was about 6h45m which would have been good enough for a Silver medal on the day, but with feed stops and photo stops and twitter stops I came in in 7h23m which was only good enough for Finisher status. But still, it was a good day in the saddle, and Rutland is worth another trip.


Here's my strava track for this ride: