Camping! With Ciska. We drove up this morning and set up camp near Threlkeld. Burns Farm campsite - just what you need - not fancy, but clean and well run. Had a momentary forgetful episode about putting the tent up. I think it's only about the 6th time I've pitched it, and then not since last September, so I was confused to start with. But it got sorted out in the end. 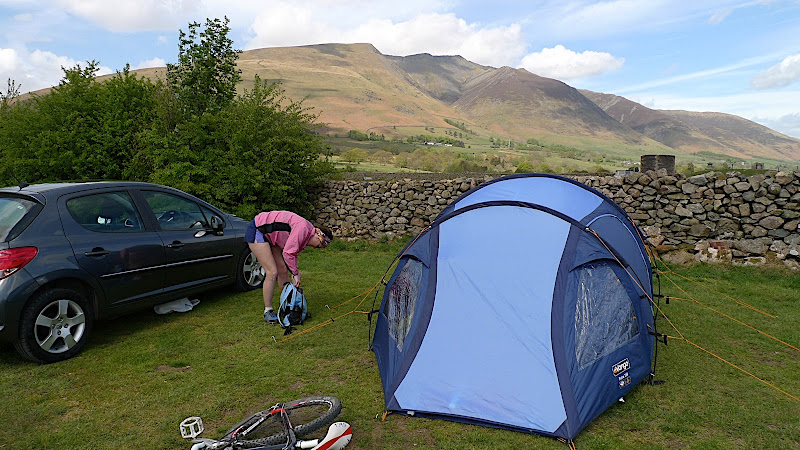 First off we went to Keswick to get some supplies and something to eat - turned out to be at the Lakeland Pedlar, Wholefood Cafe - vegetarian, but that's ok I don't need to eat meat with every meal. Sort of. Had vegetarian chilli - very nice actually. Big bits of carrot and a lovely salad on the side with all the sorts of things I never eat but are really quite tasty.

Then it was back to the camp and set up for bikey bikey and runny runny. We decided to tackle Skiddaw - perhaps not the gentlest introduction! We made it up the steepest initial bit of the path - actually I was quite impressed with how far I got before I inevitably lost control and traction and had to put my foot down. When Ciska arrived at the same point, we both decided we'd had enough of that path! It's damned steep. And we weren't out to prove anything to ourselves today, so we took the path around Lonscale Fell instead. That was much better, although the exposure at one point was quite frightening. On the premise that where you look you go, I had to get off and walk that bit! Then the track became very technical as we descended to the head of the valley. The track on the east side that leads back to Threlkeld was really good riding. Wide, undulating, rocky in places, but not too challenging. On this occasion, just what I wanted. Ciska said the surface was a bit too hard for her feet. 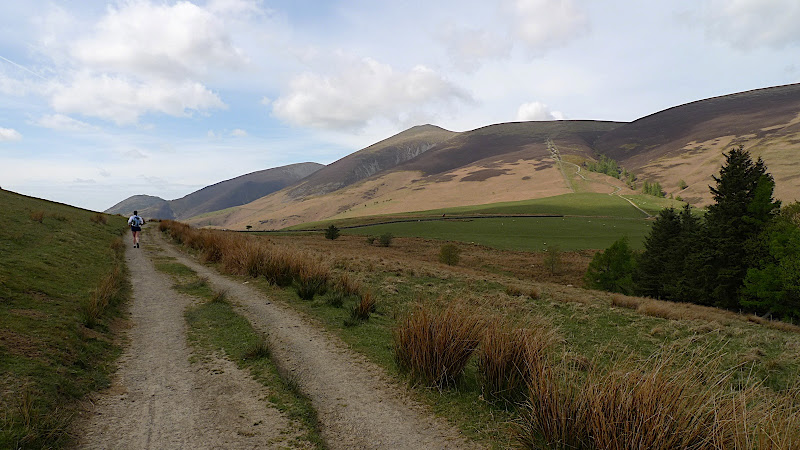 See that zig zag path? It looks easy from here, but it's not!

We met back at the camp and then got ready to go for dinner, which would have been in the Horse and Farrier, but it was full, so we went to the Salutation Inn instead. They're owned by the same people anyway. After we looked at the adult menu instead of the children's one, we ordered and ate. Lekker! Back to the tent for a sleep. 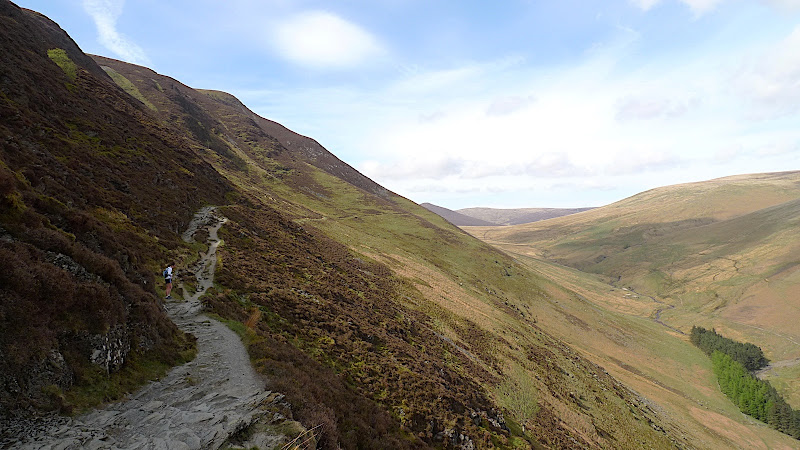 Lonscale Fell. The Lake District makes it hard to take a bad photo, especially with weather like this!